Currently viewing: Group structure | View next: Board of Directors 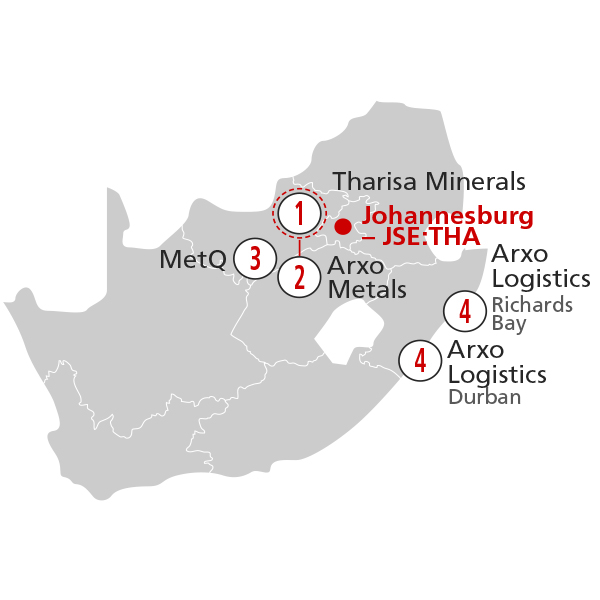 Tharisa Minerals (South Africa) 100%
Tharisa Minerals is 100% owned by Tharisa and is uniquely positioned as a significant co-producer of both PGMs and chrome concentrates. Located in the south-western limb of the Bushveld Complex, in South Africa, the mechanised mine has an 18-year open-pit life and the ability to extend operations underground by at least an additional 40 years. 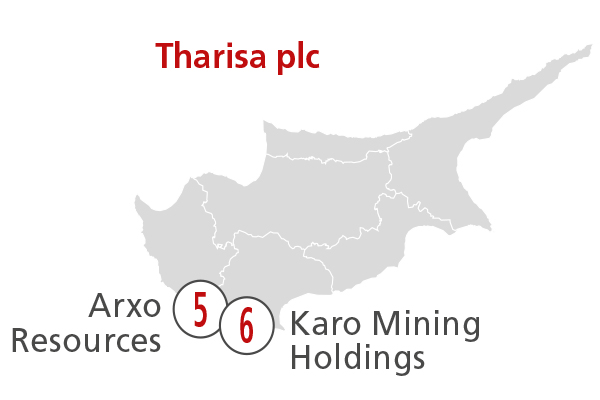 
Karo Mining Holdings’ strategy is to establish an integrated PGM mining and refining complex in Zimbabwe. 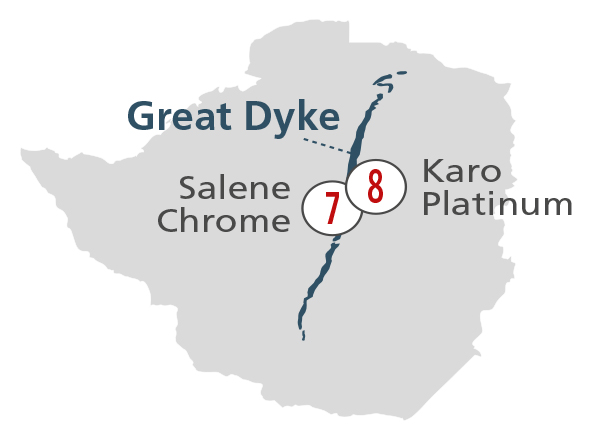 Karo Platinum (Zimbabwe) 85%
Tharisa holds an indirect 59% stake in Karo Platinum, via its 70% holding in Karo Mining Holdings, with Generation Minerals, a Republic of Zimbabwe SPV holding 15% on a free carried basis. The Karo Platinum Project (“Karo Project”) is a long-life asset with an initial life of mine of 17 years. It has initial probable reserves of 35.5 Mt at 2.31 g/t and 2.6 Moz (5PGE+Au) and a 3PGE+Au resource prill split favouring platinum (45.0%), palladium (42.0%) rhodium (4.0%) and gold (9.0%) with material base metal credits.

Tharisa Minerals is 100% owned by Tharisa following the acquisition of the minority shareholders’ interest during FY2022 and is uniquely positioned as a significant co-producer of both PGMs and chrome concentrates. Tharisa Minerals’ core asset is the Tharisa Mine, which is situated on South Africa’s Western Limb of the Bushveld Complex – home to more than 70% of the world’s platinum and chrome resources. 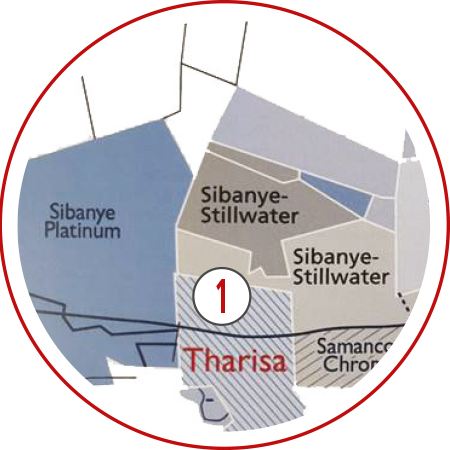 Its dual revenue streams provide a natural hedge against different commodity cycles with the products used in various applications.

Tharisa Minerals holds a Mining Right over 5 475 ha of land near the town of Rustenburg in the North West province of South Africa. The Mining Right was granted on 19 September 2008 for an initial period of 30 years, providing access to MG Chromitite Layers, which outcrop with a strike length of approximately 5 km.

The Tharisa Mine has a remaining open-pit life of 18 years with a projected 40-year underground mining operation. The open pit is divided into the east and west pits and extracts reef from five MG Chromitite Layers.

Provided FY2023 production guidance of between

Provided FY2023 production guidance of between